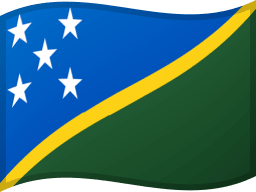 A scattered archipelago of about 1,000 mountainous islands and low-lying coral atolls, the Solomon Islands lie east of Papua New Guinea and northeast of Australia in the south Pacific. The islands include Guadalcanal, Malaita, Santa Isabel, San Cristóbal, Choiseul, New Georgia, and the Santa Cruz group.

One place for everything Solomon Islands

Featuring unique information and insights to help you make travel plans for Solomon Islands, including safety and security. Before you go, immerse yourself in all that a destination has to offer; experiences with history, nature and food will make your journey unforgettable. Learn about Solomon Islands's people and culture - the flavor that shapes its music, art and stories.