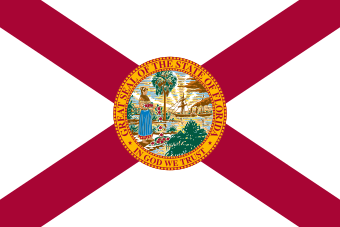 Florida is a state located in the Southeastern region of the United States Florida is bordered to the west by the Gulf of Mexico, to the northwest by Alabama, to the north by Georgia, to the east by the Bahamas and Atlantic Ocean, and to the south by the Straits of Florida and Cuba; it is the only state that borders both the Gulf of Mexico and the Atlantic Ocean Spanning 65,758 square miles, Florida ranks 22nd in area among the 50 states, and with a population of over 21 million, is the third-most populous

Discussplaces Where you have someone to talk to about Florida

Featuring unique information and insights to help you make travel plans for Florida, including safety and security. Before you visit Florida, immerse yourself in discussions about all that a destination has to offer.
Experiences with history, nature and food will make your journey unforgettable. Learn about Florida's people and culture - the flavor that shapes its music, art and stories. A new way to explore the world and see different perspectives. Find tourists, locals, experts and influencers sharing content relevant to your interests.