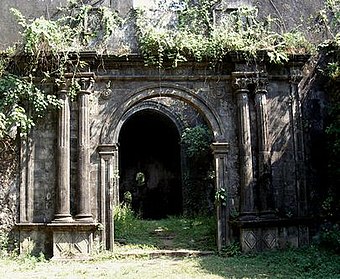 Vasai in Maharashtri Konkani and Marathi pronunciation: \[ʋəsəi\], (formerly and alternatively Mahratti; Bajipur, English: Bassein; Portuguese: Baçaim), is a historical place and City near Mumbai (Bombay)'s western suburbs, located in Palghar district which was partitioned from the Thane district in 2014 It also forms a part of Vasai-Virar twin cities in the Konkan division of Maharashtra, India The Portuguese in Goa and Damaon built the Bassein Fort to defend their colony and participate in the lucrative spice trade and the silk route that converged in the area

Discussplaces Where you have someone to talk to about Vasai

Featuring unique information and insights to help you make travel plans for Vasai, including safety and security. Before you visit Vasai, immerse yourself in discussions about all that a destination has to offer.
Experiences with history, nature and food will make your journey unforgettable. Learn about Vasai's people and culture - the flavor that shapes its music, art and stories. A new way to explore the world and see different perspectives. Find tourists, locals, experts and influencers sharing content relevant to your interests.