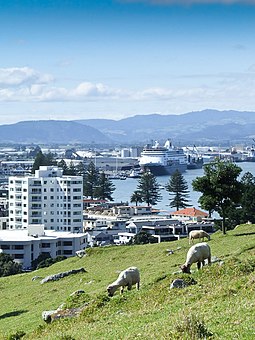 Tauranga (Māori pronunciation: \[ˈtaʉɾaŋa\]) is a coastal metropolitan city in the Bay of Plenty region and the fifth most populous city of New Zealand, with an urban population of 155,200 (June 2021), or roughly 3% of the national population It was settled by Māori late in the 13th century, colonised by Europeans in the early 19th century, and was constituted as a city in 1963The city lies in the north-western corner of the Bay of Plenty, on the south-eastern edge of Tauranga Harbour

Discussplaces Where you have someone to talk to about Tauranga

Featuring unique information and insights to help you make travel plans for Tauranga, including safety and security. Before you visit Tauranga, immerse yourself in discussions about all that a destination has to offer.
Experiences with history, nature and food will make your journey unforgettable. Learn about Tauranga's people and culture - the flavor that shapes its music, art and stories. A new way to explore the world and see different perspectives. Find tourists, locals, experts and influencers sharing content relevant to your interests.