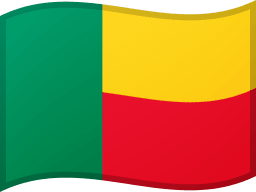 This West African nation on the Gulf of Guinea, between Togo on the west and Nigeria on the east, is about the size of Tennessee. It is bounded by Burkina Faso and Niger on the north. The land consists of a narrow coastal strip that rises to a swampy, forested plateau and then to highlands in the north. A hot and humid climate blankets the entire country.

One place for everything Benin

Featuring unique information and insights to help you make travel plans for Benin, including safety and security. Before you go, immerse yourself in all that a destination has to offer; experiences with history, nature and food will make your journey unforgettable. Learn about Benin's people and culture - the flavor that shapes its music, art and stories.