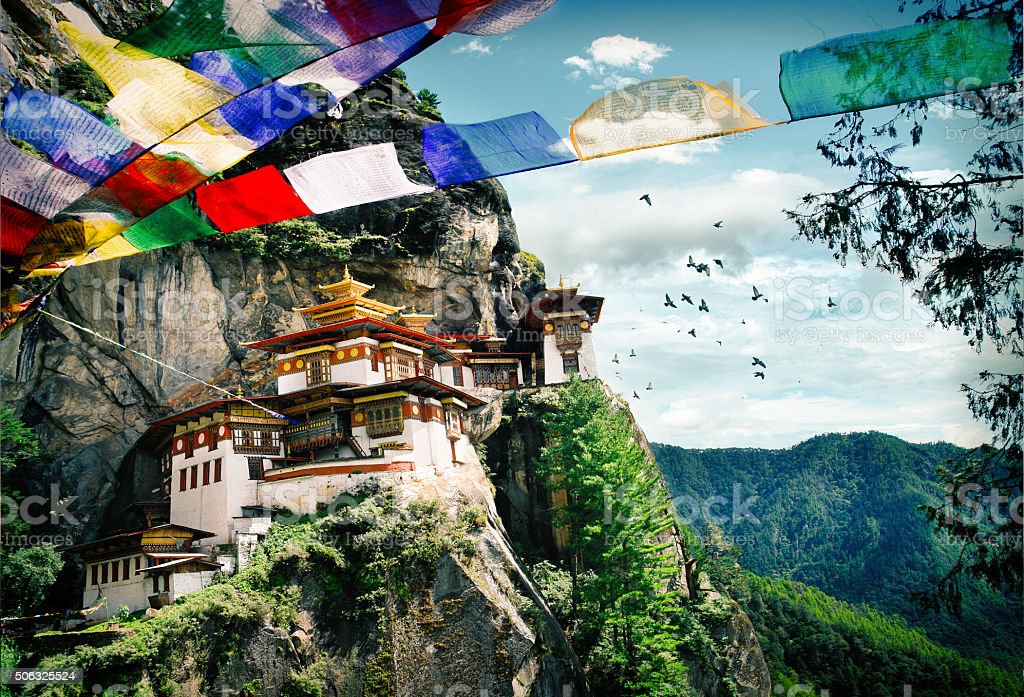 Paro, town, western Bhutan, in the Himalayas on the Paro River. Centred on Fort Paro, a large rectangular building with a seven-story tower, it was the main cultural, commercial, and political centre of the country until the national capital was settled at Thimphu in 1962; Paro remains the summer capital. It is connected by the Indo-Bhutan National Highway to Phuntsholing on the Indian border, and it has an air landing strip. The Paro River valley, with temperatures ranging from an average of 40° F (4° C) in January to 75° F in July and annual rainfall averaging 30–35 inches (760–890 mm), is intensively cultivated; it is one of the most densely settled regions of Bhutan. Pop. (latest est.) 10,000.

Discussplaces Where you have someone to talk to about Paro

Featuring unique information and insights to help you make travel plans for Paro, including safety and security. Before you visit Paro, immerse yourself in discussions about all that a destination has to offer.
Experiences with history, nature and food will make your journey unforgettable. Learn about Paro's people and culture - the flavor that shapes its music, art and stories. A new way to explore the world and see different perspectives. Find tourists, locals, experts and influencers sharing content relevant to your interests.