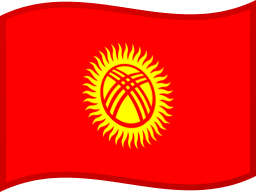 Kyrgyzstan (formerly Kirghizia) is a rugged country with the Tien Shan mountain range covering approximately 95% of the whole territory. The mountaintops are perennially covered with snow and glaciers. Kyrgyzstan borders Kazakhstan on the north and northwest, Uzbekistan in the southwest, Tajikistan in the south, and China in the southeast. The republic has the same area as the state of Nebraska.

One place for everything Kyrgyzstan

Featuring unique information and insights to help you make travel plans for Kyrgyzstan, including safety and security. Before you go, immerse yourself in all that a destination has to offer; experiences with history, nature and food will make your journey unforgettable. Learn about Kyrgyzstan's people and culture - the flavor that shapes its music, art and stories.