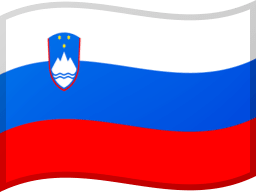 Slovenia occupies an area about the size of the state of Massachusetts. It is largely a mountainous republic and almost half of the land is forested, with hilly plains spread across the central and eastern regions. Mount Triglav, the highest peak, rises to 9,393 ft (2,864 m).

Discussplaces Where you have someone to talk to about Slovenia

Featuring unique information and insights to help you make travel plans for Slovenia, including safety and security. Before you visit Slovenia, immerse yourself in discussions about all that a destination has to offer.
Experiences with history, nature and food will make your journey unforgettable. Learn about Slovenia's people and culture - the flavor that shapes its music, art and stories. A new way to explore the world and see different perspectives. Find tourists, locals, experts and influencers sharing content relevant to your interests.