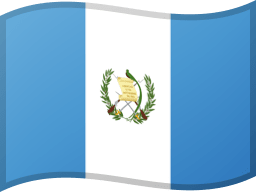 The northernmost of the Central American nations, Guatemala is the size of Tennessee. Its neighbors are Mexico on the north and west, and Belize, Honduras, and El Salvador on the east. The country consists of three main regions—the cool highlands with the heaviest population, the tropical area along the Pacific and Caribbean coasts, and the tropical jungle in the northern lowlands (known as the Petén).

One place for everything Guatemala

Featuring unique information and insights to help you make travel plans for Guatemala, including safety and security. Before you go, immerse yourself in all that a destination has to offer; experiences with history, nature and food will make your journey unforgettable. Learn about Guatemala's people and culture - the flavor that shapes its music, art and stories.